My Homebirth, Why Homebirth written by Noel Conlon 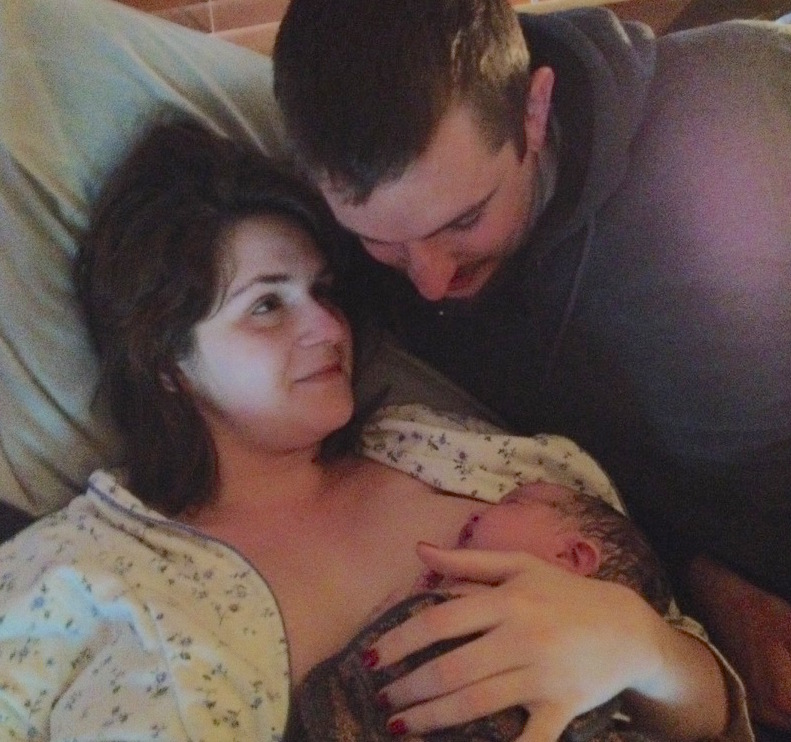 Birth in comfort of home…

Growing up I always had a fascination for birth. I used to watch the birthing shows on the television ever since I can remember. What has tweaked my interest more than anything was homebirth. Once I found out that my husband and I were expecting our first I knew exactly what I wanted, even if it meant extremely hard, yet rewarding work. I wanted to have a homebirth. I wanted to be in the comfort of my home, wear what I wanted, have freedom to move, and I didn’t want the opportunity to have any kind of drugs while in labor. I wanted to go through raw, intense labor. After searching our little town for a midwife/ homebirth services I came upon Blessing God’s Way. When I found out that it was a Christian organization I knew this was the right place for me. Instantly I fell in-love with the people, the care they provided, and how loving they were towards me and my goals. Every pre-natal appointment had me more excited than the last. I remember thinking, “I’m actually going to have a HOMEBIRTH!” Doran and her team are so special to me, they helped me achieve what I always thought would never happen. Not only did they help me achieve it, they gave me the courage, power, and knowledge to do it.
My water broke on Monday the 10th 2014 around 5pm. I was over at my mother in laws relaxing after I had gone for a walk with my sister in law. I was sitting on her leather couch and there went my water. I was slightly embarrassed but I knew what this meant. Labor was going to start and I would “soon” have my baby girl in my arms. Little did I know that this was going to be a very long drawn out process of 38 hours. Once my water broke we had called Doran to let her know what was going and she explained to me what to watch for and to let her know when things started to progress, oh and she did tell me to get sleep. I thought to myself, “what….she expects me to sleep! At a time like this! I am way to excited to sleep.” I tried to sleep, I really did. Sleep and I didn’t mesh well. I remembered that I needed to eat something and be drinking lots of water. When I had attempted to eat or drink I immediately would get sick and I couldn’t keep it down. When my contractions started getting harder, longer, and fewer apart I had texted Doran to let her know.

Doran decided to come over with her team (Jodi and Kati) and check me out to see what was going on. I had only been 5 cm dilated. I remember being discouraged because I thought I would have been farther along…but I let that go and focused on the task at hand. After about 24 hours of laboring and getting absolutely nowhere, I was exhausted. I was running on no sleep, no food or water because I couldn’t keep it down, and I was just wore out. My Husband Nic, Doran, Jodi, and Kati were all trying to figure out how to get this process to start moving along. That night we were all not sure what to do when we had received a text from a wonderful woman and she stated that, “If any girl is going to have a homebirth it’s that girl.” Those words sent a wave of encouragement and instantly we all prayed and somehow got energy to start moving. Jodi sprung to her feet and said, “Let’s sway those hips!” that’s exactly what we did! Then I was being fed honey, Nora tea and really salty eggs and it stayed down somehow. After hours of laboring I had been given a strong back massage from a sweet angel and it put me to sleep. I remember moaning and laboring in my sleep to the point where my husband was concerned. We woke up around 6 am that morning (this was around hour 37 of labor) and I had a burst of energy.

At 6:45 am Nic and Doran had stepped outside to discuss what we were going to do because of the length of labor. Meanwhile inside I had this lower pressure that felt like I had to go to the bathroom. I had never felt anything like that before. So I went into the bathroom and Jodi came over and asked if she could check me. After checking me she knew what was going on. Kati ran outside and announced “There’s a baby head coming out!” Nic and Doran were so excited they ran back into our bedroom. Nic saw a little sliver of black hair and started crying. He came over to me and instantly started helping anyway he could. After 20 minutes of pushing we welcomed Annaliese into our arms at 7:18 am on November 12th 2014. She weighed 9.5 lbs and was 21.5 inches long.
Even though it was the hardest thing I’ve ever been through. What I said after the fact was that, “Every woman should go through this.” Although it’s hard and one of the most intense things you will ever do. It was and is by far the most rewarding thing a woman can and will ever do.